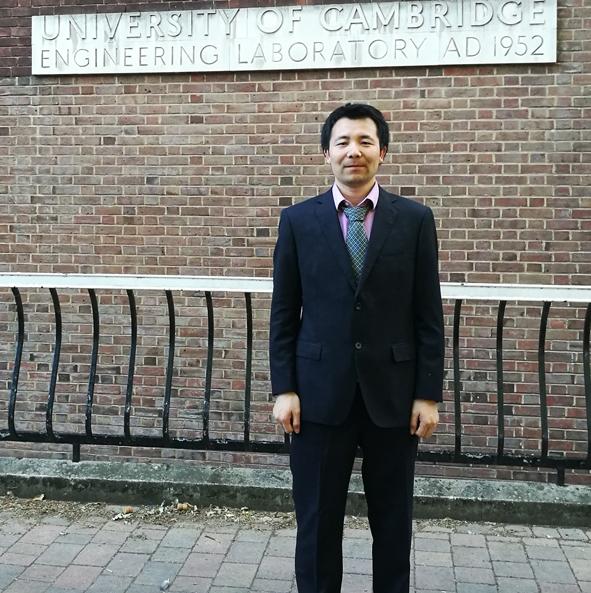 Prof. Yangwei LIU is the Head of Department of Turbomachinery in the School of Energy and Power Engineering at Beihang University (BUAA).  He is also the Exective Director of Beijing International Research Center of Turbomachinery. He was a visiting scholar in the Department of Engineering at the University of Cambridge (2016.11-2017.10), and a visiting scholar in LMFA at Ecole Centrale de Lyon from (2010.11-2011.02). He is Editorial Committee Youth Member of "Chinese Journal of Aeronautics (SCI, Q1)" and "Acta Aeronautica et Astronautica Sinica".

He focuses on CFD, turbulence theory, turbulence modeling, rotor-stator interaction, and flow control in turbomachinery. He has published about 100 peer-reviewed papers and won 10 invention patents. He has been awarded about 20 projects (PI), including 4 projects from the National Natural Science Foundation of China (NSFC), 3 projects form the Aeronautical Science Foundation of China, and 2 projects form the National Science Foundation for Post-doctoral Scientists of China. He was awarded “Promising young teacher of Blue Sky” Program of Beihang University in 2011, the Beijing Higher Education Young Elite Teacher Project in 2013, “Future Scientists” Program of China Scholarship Council in 2015, and Young Talent Program of Beihang University in 2017.

Recently he proposed an innovative modification method for turbulence model based on velocity helicity to consider turbulence energy backscatter in vortical flows. The modified SA model (SA-Helicity) could predict complex flows more accurately. The SA-Helicity has been posted at NASA website (https://turbmodels.larc.nasa.gov/spalart.html) by Prof. Rumsey and Prof. Spalart (member of the National Academy of Engineering). It has been implemented into several famous CFD codes, including the fastest turbomachinery code Turbostream which is heavily based on the long line of codes from Prof. John Denton (FRS, FREng) at Whittle Lab in Cambridge University, and the code AU3D developed in Imperial College London. The results show that the modification method could successfully predict fan flows at off-design conditions.

BTW, BUAA is a member of the prestigious Project 211 and Project 985 group of most elite Chinese public universities, and is highest research funding per capita in Chinese universities. As one of the two earliest departments, the School of Energy and Power Engineering has been broadening its research scopes in various potential fields.